MIAMI, FL – The ASA Big Air Triples took to the racetrack for the first time this weekend at the Homestead-Miami Speedway where thousands of BMX and race fans were treated to an incredible competition between 12 of the world’s top BMX riders.  Featuring a “who’s who” of BMX, the field of talent included stars Ryan Nyquist, TJ Ellis, Colton Satterfield, Austin Coleman, Zack Warden, Ryan Guettler, Pat Casey, Daniel Sandoval, Alessandro Barbero and more. 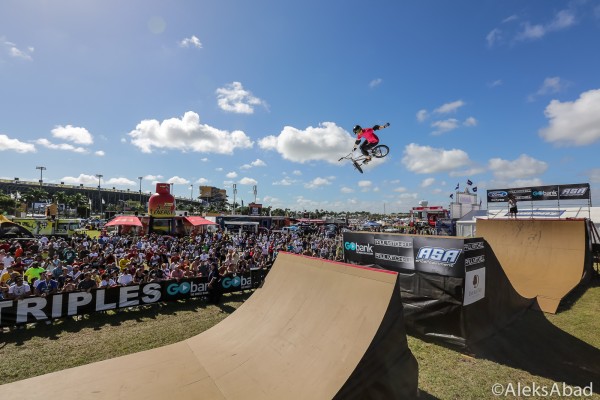 The ASA Big Air Triples is one of the most unique, exciting, and progressive competition platforms in BMX, pitting riders against each other in a series of head-to-head “battles” in a double-elimination bracketed format.  In each round both riders get two runs to pack in as many tricks as they can on the 195 ft. long course that features a 26 ft. high roll-in ramp, two monstrous box jumps and a 14 ft high quarter-pipe. 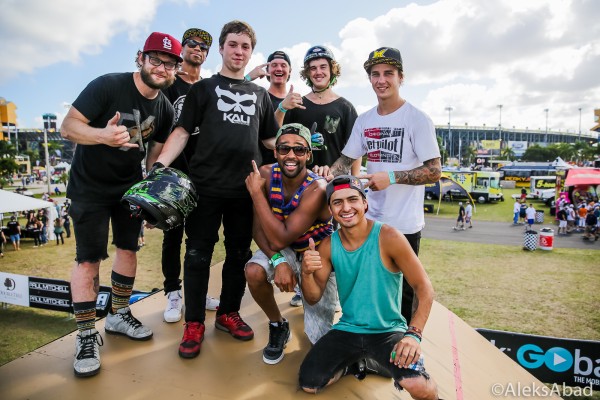 For more information on the event, visit BigAirTriples.com.