Daytona Beach, FL – International Speedway Corporation (ISC) and ASA Entertainment (ASA) today announced a multi-year agreement to host a series of major action sports competitions during NASCAR Sprint Cup Series race weekends beginning in 2015. Events will feature the top skateboarding and BMX pros in the world as part of the ASA Action Sports World Tour and will be hosted at the center of the sponsor display area at each participating ISC venue.

Competitions will take place on both the 200-foot long by 32-foot high Big Air Triples ramp and on the largest half-pipe in the U.S. and will incorporate a unique head-to-head bracket-style format that makes it easier for guests to follow. All events will be televised nationally and webcast live in addition to being a free offering for ticketholders at all NASCAR Sprint Cup Series races where the events are held.

The relationship between ISC and ASA reflects one of the key initiatives behind NASCAR’s Industry Action Plan (IAP) to forge a stronger connection with millennial consumers and young families by providing sustained trackside entertainment and relevant content.

Each event will include two days of elite-level competition with the athletes accumulating points to qualify for the Action Sports World Tour Championships held in conjunction with the NASCAR Sprint Cup Series Championship Race at Homestead-Miami Speedway in November 2015. 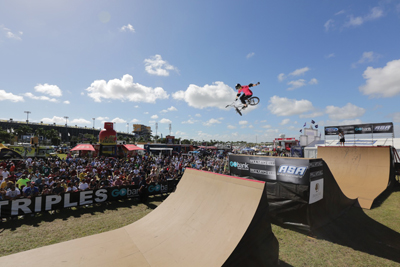 “We are very excited about developing this long-term relationship with ISC and the NASCAR community,” said Rick Bratman, chief executive officer of ASA Entertainment and producer of the ASA Action Sports World Tour. “Linking action sports and NASCAR forms a powerful combination with two passionate and loyal fan bases that will bring a new youth-driven energy to the 2015 NASCAR Sprint Cup Series race season. Spectators attending these events will witness huge stunts and mind-boggling tricks from the world’s top pros, similar to those seen only in a video game.” 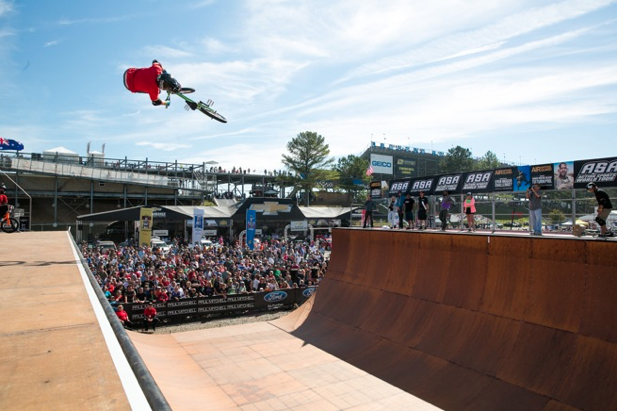 The longest running series in action sports, the ASA Action Sports World Tour is widely considered one of the most fun and visually spectacular contest formats by pros and fans alike. For more information, please visit www.ASAentertainment.com.

The Company also owns and operates Motor Racing NetworkSM, the nation’s largest independent sports radio network, and Americrown Service CorporationSM, a subsidiary that provides catering services, food and beverage concessions, and produces and markets motorsports-related merchandise. In addition, the Company has a 50 percent interest in the Hollywood Casino at Kansas Speedway. For more information, visit the Company’s Web site at www.internationalspeedwaycorporation.com.