On a Thursday afternoon in New York City, Times Square was treated to something altogether different from The Naked Cowboy: the Air In The Square MegaRamp ASA Triples event.  Yes, a BMX contest, running North to South along Broadway between 42nd and 43rd Street.

Placing first in the event was Salt Lake City via Idaho dirt, park and MegaRamp rider Colton Satterfield, who rode consistent throughout the day, and took home his first major win as a pro.  Placing second behind Satterfield was 16-year-old rookie pro Pat Casey, who impressed the judges throughout the day with nosedive 360’s, 720s and his ability to boost the ASA Triples ramps.  In third, closely behind Casey, was DK Bicycles’ Brett Banasiewicz, now a vested pro on the BMX comp circuit. 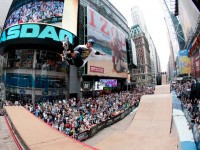 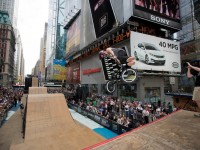 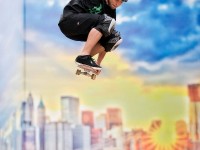 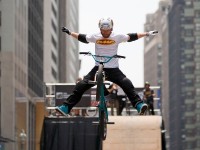 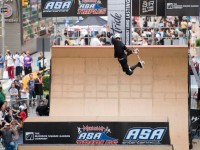 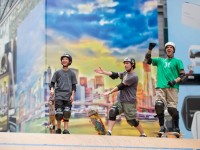 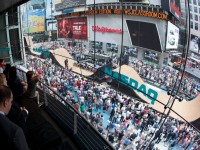 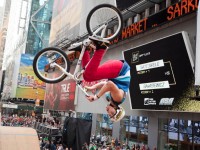 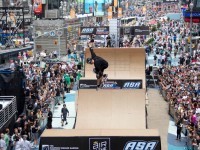 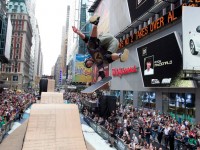 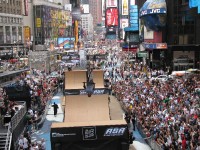 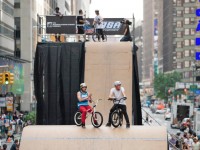 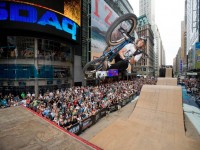 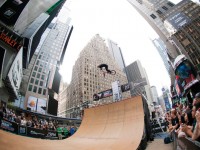 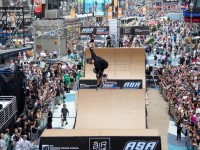 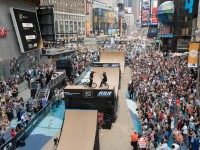 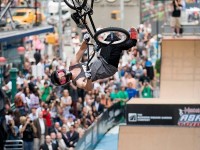 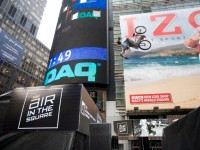 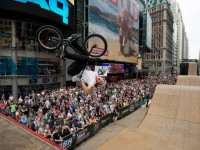 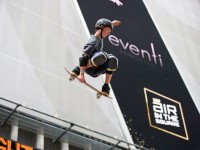